Following the death of their father, Abraham Ortelius (1527-1598) and his sisters became map illuminators or colourists; and Ortelius also dabbled in buying and selling general antiques. From 1558 onwards, he is recorded as purchasing multiple copies of maps in order to colour them, but also began building up a large personal collection.

Ortelius was certainly the “man for the moment” whose interest in history and the classics translated itself into his maps of the ancient world and, through his draughtsmanship and cartographic skills, the production of his maps of the modern, emerging world. His life spanned a period of dramatic European history and the cultural enlightenment of the late Renaissance, while his friendship with the great Gerard Mercator, and other connections with like-minded geographers, historians and academics around Europe, provided the raw material for one of the landmarks of cartographic history.

From about 1560, possibly as a result of his friendship with Mercator, Ortelius began to produce maps - an eight sheet world map being the earliest. At this time, Ortelius also began preparing his greatest project, the Theatrum Orbis Terrarum. Having already become probably the greatest cartographic bibliographer of the period, Ortelius was able to prepare 53 map sheets based on the most up-to-date information, which were engraved by Frans Hogenberg, and first published in 1570.

The atlas achieved instant fame as “the world’s first regularly produced atlas” (Skelton), being the first atlas with maps prepared to a uniform format. It was also an immediate commercial success, being reprinted four times in 1570.  Between 1570 and 1641 (the publication of the last recognised edition of the Theatrum …) few competing volumes appeared and the atlas was able to expand from its original 53 maps to over 160. Over 30 different editions, with text in Latin, French, Dutch, German, Italian, English or Spanish, testify to the popularity and esteem attributed to the work. Marcel Van Den Broecke, whose fascinating work on Ortelius and his maps is often quoted, estimates that around 7300 complete atlases were published using a total of 234 copperplates, either replacements or reworkings as plates became out-dated, worn, or as new information became available. Amongst this latter category, the maps added in the 1580’s and 90’s of the world, the Americas, China, the Pacific, Japan, Peru and Florida, and Iceland are important historically and justly famous.The maps themselves are finely engraved, often very decorative and generally found with text on the reverse.

After Ortelius’ death in 1598 the atlas continued to be printed and published by the Plantin Press. Between 1602 and 1609 it was published by Johann Baptist Vrients, who added a variety of fine maps including the very decorative large plates of England and Wales, and of Ireland. Publication reverted to the Plantin Press, under the control of the Moretus brothers, from 1612.

Although only the relatively unsuccessful atlases of De Jode and, ultimately, Mercator were published during the sixteenth century life of the Theatrum …, in 1607 Jodocus Hondius’s issue of Mercator’s Atlas ... with many newly prepared maps began to supersede Ortelius’ work. 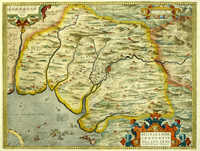 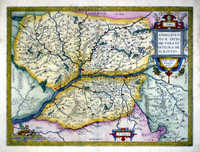 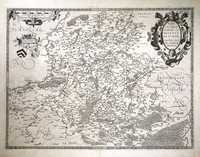 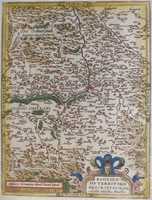 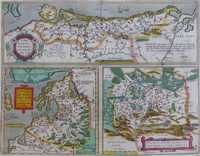 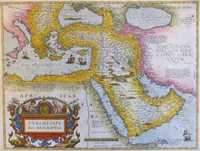 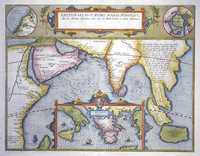